Explore the small towns, hidden treasures and back roads of the Heartland, because as all motorcyclists know it is the road and the journey that count.

Not For God and Country was awarded the 3rd-place Bronze Medal in the military history genre for 2021 by the Military Writers Society of America. High praise from author peers and military history experts.

"My most heartfelt acknowledgment goes to the untold thousands of young Americans that proudly and faithfully served their country during the Vietnam era and especially in the Vietnam War. I hope that after reading this book folks will better realize what a tremendous sacrifice and patriotic effort that service represented. Those young Americans were among the finest this country has ever produced. This book is for and about them."

So reads the Acknowledgement statement in the last paragraph of the last page of Not For God And Country, my definitive book about the Vietnam War released in February 2021. These words make clear why I wrote this book.

There have been many books written about the Vietnam War. Some by historians and professors who wrote about the war based on scholarly research. Many books were what might be called traditional 'blood and guts' war stories; some were pure fiction written by fiction writers and some are non-fiction by  veterans who were there. Most books about Vietnam unfortunately depict a narrow perspective of the war and ignore the numerous complex historical issues that ultimately led to the war. But Vietnam was anything but simple and straightforward. To tell the complete story I have written Not For God And Country, a comprehensive account of America's involvement in Vietnam. 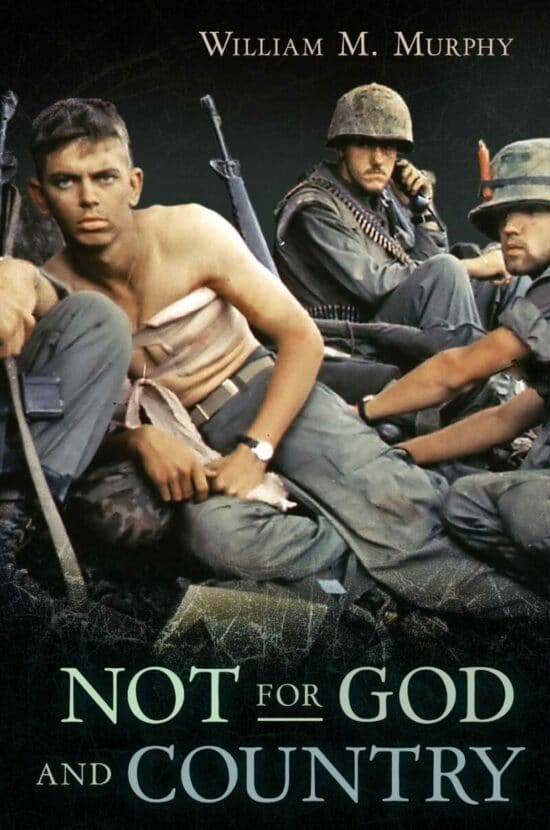 The story begins with America's earliest connection with this former French colony in the latter days of World War Two, and how and why for twenty years after WW2 decisions were made that slowly but inexorably led America into a deadly quagmire.  My book also tells the true story of the brutal war that was fought in the swamps and jungles of Southeast Asia, through my eyes as a Marine infantryman. It is told on behalf of all grunts who fought in the war. The impacts of the war affected American politics and society to the current time, and Not For God And Country describes that part of the story, especially as it concerns veterans of the war.

Millions of Americans, young and old, have no clue as to how and why we entered the war, and what it entailed for the young men who fought and died in it or who were forever altered by the war. Not For God And Country is a refresher course for Americans about the war that nobody wanted but that no one could figure out how to avoid and how to end. We must not forget this national trauma and the affect it had on a generation of young Americans.

Watch the two Vietnam videos  on this site's Videos page along with reading the book and you will have a good understanding  of the reality of the Vietnam War. The scenes and descriptions in the video aren't unique to one time or place - they represent the entirety of the war and life that was the reality for the grunts who fought and died, and were forever changed, in that faraway land.

On a very different note, between 2005 and 2019 I also wrote seven books about motorcycle touring and exploration, published by a regional Midwest publisher. Going beyond standard motorcycle touring topics, these books delve into the cultural and natural history of the Great Lakes region, resulting in an appreciation for the Midwest that takes riders and readers far beyond just smooth roads and scenic vistas.

I have been motorcycling for 47 years, on all kinds of bikes, dirt and road. I've extensively toured 48 states and most of Canada on motorcycles ranging from BMW to Yamaha, the last three being Harleys. (I've posted some motorcycle travel photos from across North America in the 'travel' section on this web site's Photos page.) Motorcycling has been a core element of my life resulting in enrichment, knowledge, adventure and a much greater appreciation of the wider world. It's allowed me to be an eye-witness and hands-on  participant, not just a spectator. Of my seven books, six are about the Great Lakes / Midwest region. The seventh, Grace & Grit, details the historic exploits  of the Van Buren Sisters and Effie Hotchkiss circa 1915. These books have been extremely popular with touring motorcyclists and readers interested in new places and new adventures. Over 20,000 copies of the books have been sold; enriching the touring adventures and knowledge of countless riders.

In my touring books I describe tours on the best roads with the most interesting attractions, providing detailed explanations of the natural and cultural history that one rides through. Because as serious explorers and travelers know, it is the road and the journey that count, not a destination at an expressway exit. I have spent a lifetime choosing back roads over expressways and the payback has been incredible.

Motorcycling Across Michigan,  MCXOhio, MCXIndiana, and MCX Wisconsin, as well as Grace & Grit and Ride Michigan, are now out of print and no longer available except for the small number that I have on hand for direct sales.

These books make great gifts for motorcycling family and friends. No need to worry about the correct size, part number, or brand of machine - it's a one-size fits all gift for riders who enjoy exploring those places that one finds on the scenic back roads of America.

Sales from this site limited to addresses within the Continental United States only.

There Are No Events Or Appearances
Scheduled At This Time